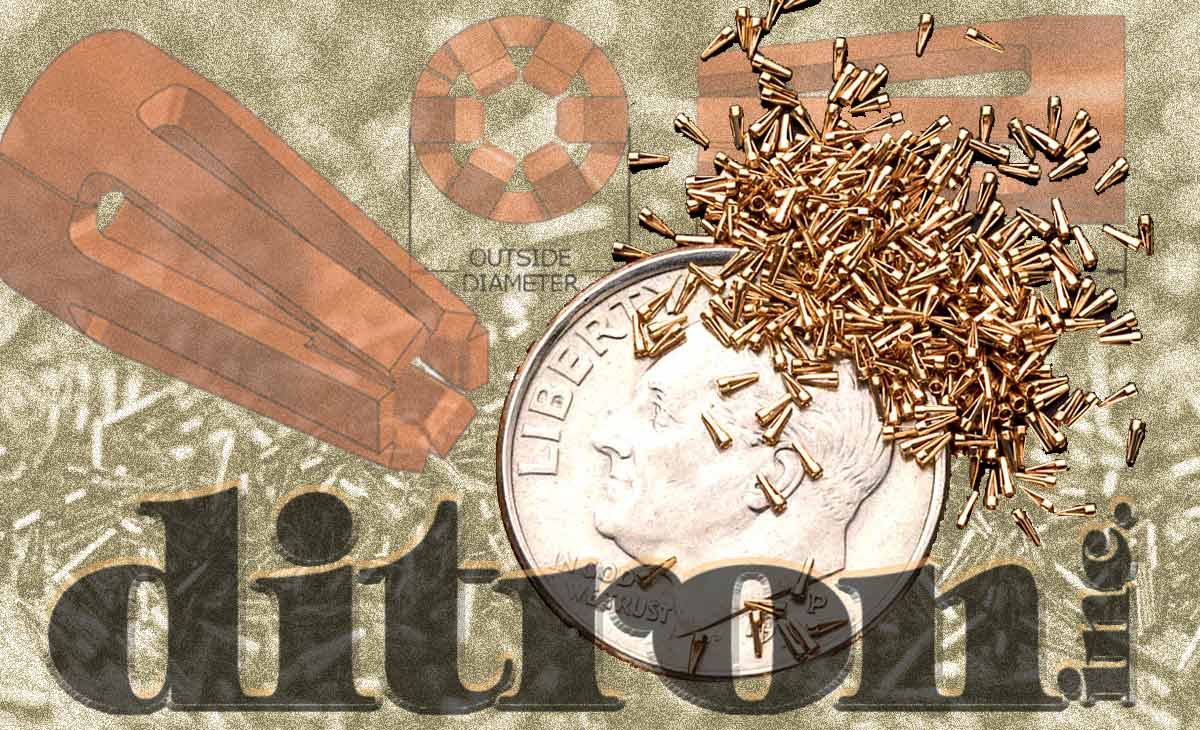 The first working transistor was invented in 1947 at Bell Labs.  This led the way to incredible size reductions and performance enhancements for components used in digital and computer technology. In the 1950’s, silicon semiconductors opened the door for the creation of even smaller “circuit boards” and processing components that further boosted performance.

The first mini IC connectors were called “Mosquito Clips.” These socket connectors were machined in Switzerland using Swiss Screw technology. Precision machining developed by the Swiss was also used to develop and assemble electric components. By the late 1960’s, Integrated circuit demand was booming. The cost and availability of these this Swiss machined products became a global concern.

Ditron’s first customer was Garry Manufacturing, a company that had all its other manufacturing technology “in house” at either New Brunswick N.J. or Saint–Maurice Switzerland. The success of Ditron’s Mosquito Clip pluggable connectors soon made them an industry standard for companies that included Burndy, Tyco Electronic, Amphenol Electronics,  Molex Electronic , Augat connectors, and many more. Competitors to Ditron soon started producing their own versions of Mosquito Clips attempting to cash in on the coat-tails of Ditron’s pioneering success. By 1988, Ditron was producing and shipping in excess of 100 million mosquito clips per week to customers nationally and globally. 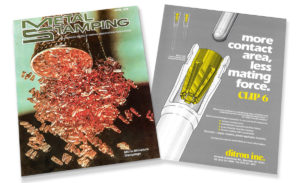 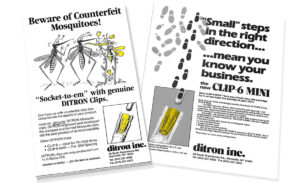 The lower cost of manufacturing electronics abroad started a trend toward offshore manufacturing in China and other Asian countries. As the electronics industry matured, more and more U.S. consumer electronics were being made and assembled in China. So many companies concluded it made financial sense to have components used in assembly made there as well.

The majority of the U.S. connector manufacturers then set up facilities in China to chase the offshoring trend. Ditron remained committed to remaining on U.S. soil, believing in American value—and believing it could offer the quality and efficiency needed to compete. Ditron was introduce to a Chinese assembly facility in search of a reliable Mosquito Clip source around 1998,. Ditron began supplying that facility through sales of about $100,000 annually, confirming Ditron’s belief they could compete with overseas suppliers. 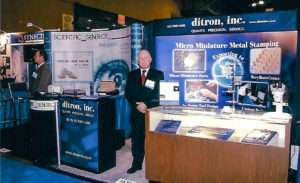 Ditron soon began soliciting other business in China and abroad, visiting a number of companies and exhibiting at the 2007 Shanghai Industrial Engineering Trade Show. Today, Ditron’s role as a supplier to companies abroad continues to grow — selling tens of millions of 2, 3, 4 and 6 finger mosquito clips annually in China alone!